How to Manage Intrusive Thoughts 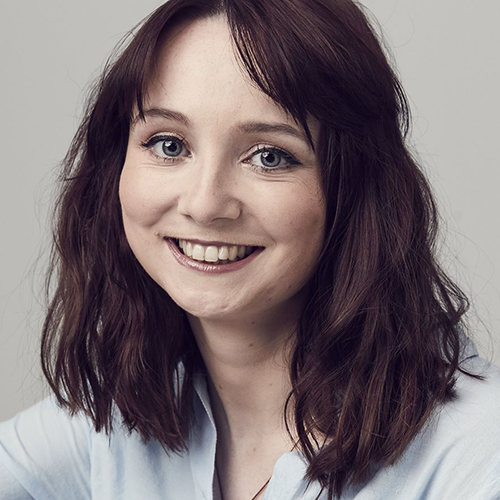 If a person I’m acquainted with seems irritable, avoidant or generally ‘off,’ my anxiety automatically decides that it must be my fault.

“It’s you, you’ve done something to annoy her,” my anxiety would hiss at me. “How could it possibly be anything else?”

I would then spend the rest of the day obsessing about it and how best to discover what I’ve done without straight up asking.

When I worked in an office, these feelings meant I became a connoisseur of both facial expressions and tone-of-voice. It was an addiction, one that I couldn’t help but feed. Scanning people for signs of disapproval was just part of the daily grind. Did people think I was stupid, boring, or worst of all, a loser who they should avoid like the plague?

If my manager was short with me, I’d worry that I’d done something terrible… and boy, then the floodgates would really open.

“She hates you. Everybody hates you,” I’d think. “You’re going to get fired.”

By the end of that day I’d be job hunting online and drafting my leaving speech, just in case!

LOTS of therapy and personal development later, I no longer think this way. And it’s not because of that (not so) golden piece of advice people usually offer up:

“They have better things to do then focus on you!”

This is, by the way, literally the most infuriating thing you can say to someone with anxiety. Rationally speaking, yes, we know we’re not the centre of the universe. However, this doesn’t stop the negative thoughts from circulating.

In Cognitive Behavioural Therapy terms, this behaviour is often referred to as ‘personalising’. According to Trevor J. Powell’s The Mental Health Handbook, ‘personalising’ is when a person assumes responsibility for a negative event when there is no basis for doing so. The person arbitrarily concludes what happened was their fault or reflects their inadequacy.

Basically, the whole thing is a reflection of how ‘bad’ that person thinks they are.

Personalising still trips me up on occasion, particularly with friends. If I haven’t heard back from someone on WhatsApp, even when I know they’ve seen my message (thank you very much double blue tick), my mind immediately goes back our last interaction. Did I say something offensive? Was I rude? Should I send them an apology just in case?

Social media is also a huge culprit when it comes to triggering these kinds of intrusive thoughts. If a person doesn’t respond to the tweet that you tagged them in, or if they don’t like your latest photo, are they trying to tell you something?

Do they still think you’re cool?

Are you actually cool?

HAVE THEY WORKED OUT THAT YOU’RE A NUTTER?

When I get caught in this negative thought cycle, I deploy a few tried-and-tested techniques:

I rationalise my thoughts on paper

This is a CBT technique that can feel like a bit of an effort, but it works for me:

Once you get going, you’ll see there are lots of ways to rationalise intrusive thoughts.

The worst thing you can do is to allow yourself to think about something non-stop. Playing something over and over in your head is addictive, but it only makes things worse. So don’t torture yourself.

Instead, engage your brain in another activity. Both video and board games are good for this. Read a book or watch something on TV. Phone a friend. Try anything that requires enough concentration in order to distract yourself.

I resist the urge to seek reassurance

By this I mean don’t ask the person in question if you’ve done something wrong (we’ve all done it, but some of us more than others). Asking, “Can I just check that I haven’t upset you in some way?” might bring us comfort, but after the initial reassurance we can feel vulnerable and needy.

If we do this continually it can also mark us out as a verbal punching bag and someone who will always take the blame. Instead, do the CBT exercise above and try to focus on something else.

Finally, I try and remember this

I am a good person. I won’t let anxiety convince me otherwise. Negative thoughts are natural, but obsessive ones make us miserable. So be proactive and take action.

5 Tips for Dealing with Anxiety

How a Scary Movie Helped Me Manage My Anxiety