Parenting with Depression and Anxiety 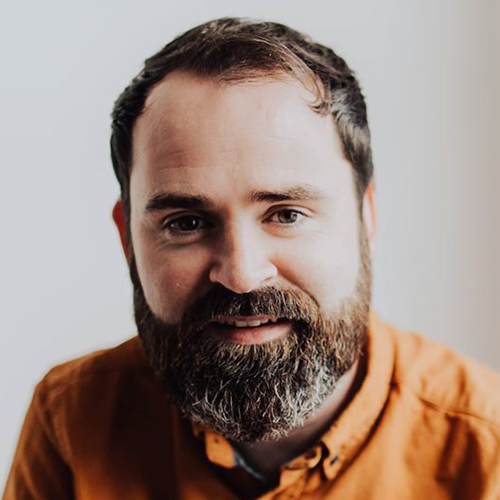 Becoming a parent is probably one of the biggest responsibilities you will ever take on. It can also be one of the hardest things a person can do. If you’re living with a chronic condition like depression or anxiety, it can make an already tough job infinitely more difficult.

From the very first day I was told I was going to be a parent, my mind went into overdrive. I experienced the most horrible, horrible involuntary thoughts on a near daily basis. Living with anxiety, I was used to my mind getting hijacked by unwelcome thoughts – especially when I was looking forward to something. In this case, it was anything and everything to do with my wife’s pregnancy.

Ahead of every doctor’s appointment I would visualize terrifying things. During scans, I would be convinced the nurses were going to find something wrong with the baby. In my mind, every scenario ended with both my wife and the baby dying.

This happened daily. Every cramp my wife had, any time she couldn’t feel the baby move I would panic. (It turns out we were actually expecting twins, who were both very good at hiding in the womb!)

My mind would make me think the worst, multiple times a day.

As you can imagine, I was not very easy to be around. I’d constantly be having internal arguments with myself, but I kept myself closed off from my wife. She is a very caring person so she would have wanted to make my issues a priority, despite the fact that she was going through enough changes as it was. So I kept my thoughts to myself so I wouldn’t upset her.

As the pregnancy went on, I became more and more introverted. I felt like I was in the way all the time. I’d be the panicky one when my wife was absolutely cool about everything.

This got even worse when labour began. I panicked as my brain told me that something bad was going to happen. When the twins were finally born and I was sent home, I was unable to sleep because I kept thinking someone was going to call with horrible news.

It never ended. To be perfectly honest, it still hasn’t.

Initially, I doted on my wife and babies and ran around for whatever they needed. But then I began to feel like I was in the way. Things became really isolating, as both kids were being breastfed and weren’t interested in me when they were hungry. I also couldn’t get them to sleep or stop them from crying as I didn’t smell like their mother. I felt like I was being a hindrance so I buried myself in my hobbies. This evolved into real loneliness – a type I had never experienced before.

Luckily, my wife and her family noticed how introverted and ‘lost’ I’d become, how my hobbies weren’t exciting to me anymore, and how I began to really hate my work. It wasn’t until I was cornered and forced into talking about how I felt, that I realised how lonely I was. I have never, ever cried like that in my entire life.

Recently I’ve experienced the worst bout of depression that I’ve ever had. My instances of ‘passive suicidal ideation’ (in which my mind suggests self-harm or suicide) became more intense to the point where it scared me. I felt like I wanted to be alone, far more than usual, at a time when all my kids want to do is interact and play.

While I was still very low, I came across a video which absolutely broke my heart. In the video, a child whose father had died by suicide was crying because they realised that their dad was never coming back.

It hit me really hard. I’ve have never wanted to act upon any suicidal thoughts, but when I was at my lowest point, I pushed everyone away, including my own children. The video helped open my eyes to the heartbreak and collateral damage that happens after suicide.

While it is important to have a supportive circle around you and to be honest about your feelings to the ones you love, it is crucial to access professional help and support too. Knowing that I was able to visit my GP and let them know what was happening was extremely reassuring.

This is usually the first step in getting a referral to counselling, or mental health services. These referrals were massively important when I was first diagnosed and still help years later.

That said, the wait for free counselling services are usually pretty long, so if you need to speak to someone in the meantime, there are many helplines available. Groups such as CALM (Campaign Against Living Miserably), Andys Man Club and charities like MIND are just a few examples of excellent services available in the UK if you feel trapped and cannot speak with your support circle about your thoughts and feelings.

If you live in Europe but aren’t in the UK, there are many local mental health services that can be accessed in your regions also. MHE (Mental Health Europe) have created an online interactive map which highlights helplines or support organisations across all European countries. In a few clicks you should be able to find the service that’s most relevant for you.

I know that all parents will sometimes feel like they are not doing a good job and that is normal. It’s common to put a lot of pressure on yourself when you have a baby. If you’re anything like me, you might have worried that you weren’t doing a great job at being an adult, never mind having to take responsibility for a child!

Remembering that your children just need the simple things – your time, your attention and your patience, will help you through the low points when depression and anxiety make you doubt yourself.

5 Tips for Dealing with Anxiety

How a Scary Movie Helped Me Manage My Anxiety