When Migraine Runs in the Family 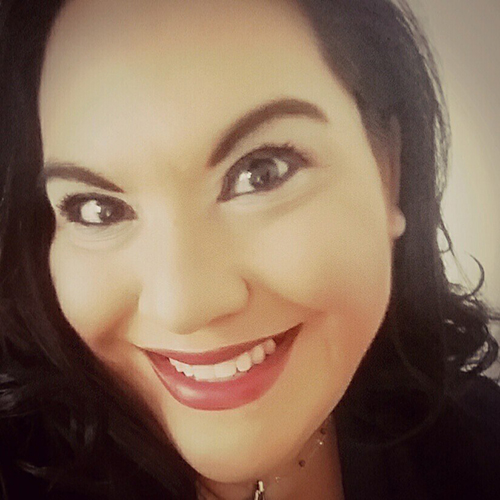 My journey with migraine began when I was only 10 years old.

I’d been experiencing grueling head pain, nausea, and unusual visual disturbances for some time before I was admitted to the ER.

Migraine runs in my family, but my doctor wanted to rule out any other conditions that might be causing my symptoms. Three days, countless rounds of bloodwork, a CT scan, lumbar puncture, and an MRI later, my family doctor concluded that I had, in fact, developed migraine.

It has been a near-constant companion ever since, with slight changes over the years.

Over the years, I worked with my doctors to find the right methods for managing my symptoms at each stage and kept detailed journals on all of my various triggers in an effort to avoid them as much as possible.

It wasn’t until I hit my mid-30s that I noticed some changes in my symptoms. Each attack lasted longer than the one before. I was dizzy all the time, so much so that I could barely walk straight. I even seemed to develop an oversensitivity to light, sounds, and odors.

I thought I was managing my episodic migraine attacks well. But then one day, I woke up to a world that wouldn’t stop spinning. I felt a throbbing in my head so severe that I thought it might be an aneurysm, followed by a numbness that spread across my face and down the left side of my body.

After talking with more doctors and specialists, I was eventually referred to a neurologist who determined that not only had my migraine gone chronic — meaning there were no breaks in between my attacks — but I’d also developed vestibular migraine, also called migraine associated vertigo.

I was 35 at the time, and for a while, my life was sort of “on hold” until my doctors and I could get my symptoms under control. I had to take time away from work, and eventually lost my job because I couldn’t drive or do many of the tasks I had been able to do before. It was almost a year after that trip to the ER — 240 days, to be exact — before I had my first migraine-free day.

As a mom with migraine, it’s almost impossible for me not to worry about potentially passing my disease on to my kids. So when I first noticed my son Colton, then 10 years old, had changed his daily after-school routine from devouring comic books to taking long naps in a dark, quiet room, I couldn’t help but go into panic mode. People close to me said I was probably overreacting; kids go through behavior changes all the time.

My motherly instincts told a different story. I knew those behaviors — in fact, I was doing them myself to find relief from my chronic migraine. But it was hard to be sure — most of what he was experiencing weren’t classic migraine symptoms. I kept a close eye on Colton for the next few months, but tried not to be too overbearing about it.

Even if migraine wasn’t to blame for his strange behavior, something was up.

There were a few instances where he displayed symptoms similar to what you might find with migraine, so we monitored them and I kept detailed notes on each symptom and how long it lasted. He would go weeks without any issues at all and seemed to be back to his usual self, playing video games and reading comic books. There were many ER visits during that time, but we couldn’t quite figure out what was making Colton so sick.

I was in Washington, D.C., for the annual Headache on the Hill conference when I got the phone call that Colton was very ill. My mother described what was happening over the phone, and all I could do was try to guide her through various palliative techniques to help my son get through what would turn out to be his first major migraine attack.

As I got ready the next day to talk to my state’s congressman and senator, I made a call to our primary care physician and set up an appointment for Colton to finally confirm what in my gut I already knew: My child inherited migraine.

A new type of migraine

Up until my diagnosis of vestibular migraine five years ago, I assumed there were only two types: migraine with and without aura. Until that point, I didn’t realize that there were not only different types of migraine attacks, but also many more classifications of migraine and other headache diseases.

After Colton’s meeting with the doctor, I found out that there was even more to learn.

Colton’s doctor said that his symptoms may be signs of abdominal migraine — in fact, the doctor had even experienced abdominal migraine himself as a young boy. He referred us to a neurologist who confirmed that doctor’s suspicion, and my worst fear.

Prior to speaking with the doctor, I had very little information on that type of migraine, so I started doing my research. Abdominal migraine is most common in children and often manifests between the ages of 5 to 9 years old. According to the American Migraine Foundation, symptoms include:

Oddly enough, headaches aren’t usually associated with this type of migraine. Other symptoms like sensitivity to lights, sounds, and smell can increase nausea in a child. Attacks can last anywhere from two hours to up to three days at a time, but most kids won’t experience any symptoms in between attacks.

Learning that my son had inherited migraine filled me with immeasurable guilt: not just that I’d passed my condition on to my son, but that I didn’t trust my instinct and ask to see a neurologist right away. How many ER visits, how many painful attacks could have been avoided?

Over the years, my children saw how frail I was because of my chronic migraine, and I knew Colton was terrified that he would end up just like me. No one wants to be confined to a sickbed for days at a time, much less an energetic young boy.

From Colton’s journey, I learned two very important lessons (among others): to always follow my gut, despite what others say, and to do everything possible to show my kids how someone living with a chronic illness can turn unfortunate circumstances into something meaningful and good.

Now at 40, my life as a person with migraine has more promise. I’ve accomplished quite a bit in spite of the challenges migraine has presented. I’ve become an advocate for migraine and headache diseases. I published a no. 1 best-selling young adult novel and recently rejoined the workforce part time, which was a personal victory in and of itself.

Despite how debilitating my health can be at times, each day I try to live as “normal” a life as one can with several chronic illnesses. I might not be able to complete a full to-do list, but at least my kids know that mom tried, and tried her best.

I see that same determination in Colton. No kid ever wants to take medicine, but because he loves going to school and participating in extracurricular activities, he does his best to manage his symptoms so that he can make it to class and do the things he likes to do.

Now that his doctor has found a suitable symptom management plan, Colton is even able to play football. He may not always be able to do everything his classmates can do, but he’s not allowing this condition to define him.

These little victories help us to maintain that positive attitude in our household, and our positivity is what helps us to be migraine warriors instead of migraine sufferers.

How to Talk to Your Partner About Migraine

What I Want My Loved Ones To Understand About Migraine

Toughing It Out with a Migraine

The individual(s) who have written and created the content in and whose images appear in the articles, profiles, podcasts and videos on the Life Effects website have been paid by Teva Pharmaceuticals for their contributions. This content represents the opinions of the contributor and does not necessarily reflect those of Teva Pharmaceuticals. Similarly, Teva Pharmaceuticals does not review, control, influence or endorse any content related to the contributor's websites or social media networks. All content on the Life Effects website is intended for informational and educational purposes and should not be considered medical advice or recommendations. Consult a qualified medical professional for diagnosis and before beginning or changing any treatment regimen​.