Writing an Open Letter to my Mental Health Companion 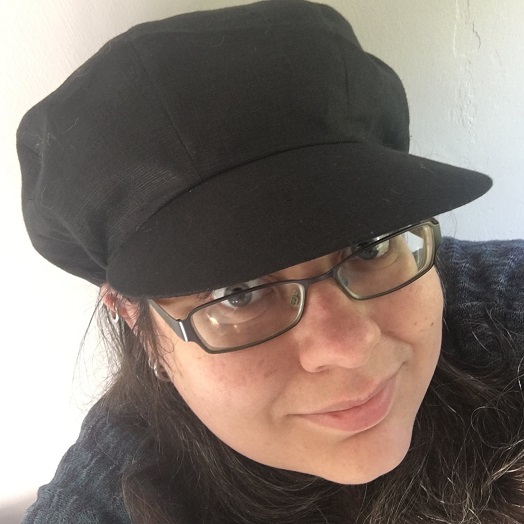 Author of Life In a Breakdown Sarah Bailey writes an open letter to cope with the loss of her dog Sally.

Sally was a rescue dog that nobody wanted. At first I think I saved her life. Eventually I realised she saved mine. While she was with me, she helped me through ill health, life challenges and some very poor relationships.

She was a huge part of my life until she passed away a few months ago. What follows is my farewell to her, a reflection on our time together and a thank you for the support she had given me so freely.

13 years ago you came into my life. Initially, you weren’t meant to be mine as you belonged to someone else. But they couldn’t look after you and you bonded with me. At first I didn’t bond with you so much. But I think you knew: You knew from the moment you met me that you were going to be my reason to keep going, my reason to survive.

At first, you were quite pathetic-looking – not that it was your fault after spending five months in the dogs’ home waiting for us. In fact, you had already lived five long years of what must have been a hard and scary life on your own.

It wasn’t my choice to bring you home, it was his. But the moment we got back I curled up on my bed and cried, because I knew that he wouldn’t care for you. It’s like you knew that too and jumped right up next to me and curled into my back.

I couldn’t help asking myself what had I done to deserve you. Over the next months I was very conflicted. What had I done? I had no idea how to care for a dog! I almost took you back.

Getting to know you

I’d try and get you to play, wrapping cheese in a hanky and throwing it around for you to chase. Unsurprisingly, this was never something that you really got into. While you would show passing interest in boxes, bottles, paper or perhaps a ball, in the end, we bonded over a brush. I would sit and brush you for hours with tears streaming down my face as I sat there unsure of what I’d got myself into. You would just sit quietly in front of me.

But I stood up to him, and soon he left, then it was just you and me.

Within a year, you had changed my life. I had freed myself from the cycle of abuse and my parents took you in while I spent some time in a refuge. I’ll never be able to repay them for giving me the space that I needed to recover, learn and grow.

The reason I got out was you Sally. When he hit you I had to act. No one hit my dog.

Our first home together

We finally moved into a flat together and although it wasn’t much, it was ours. You were so good, but I did worry that the trick I had taught you to jump through the window would come back and haunt me as we now lived on the first floor. You loved the fact you could sit on the bed and watch the world go by from the window. I always knew if you weren’t curled up next to me, that’s where you would be.

When my health was poor, you would always be there. There were times when I wanted to self-harm, but you would pin me to the bed and refuse to let me get up until I had calmed down.

You would potter around the place, always coming back to give me a sniff, which was your own little way of checking up on me. It felt as though you could smell when my depression or anxiety symptoms were flaring up. If you didn’t like the scent you picked up, you’d be silly. You’d refuse to stop until I smiled or laughed and gave you some attention.

You became my reason to get up in the morning and my reason to sleep at night. I had to keep going because you needed me and I needed you.

As the years went by this never changed. I knew that you needed me Sally, and I knew that I couldn’t let you down. So even when the darkest clouds hung over my head, or when my body felt like it couldn’t go on, I would still be able to find the energy to make sure you were fed and let out – and it made me smile. It was my job to look after you, just like you did in return for me.

The last year was hard and you struggled so much. Although you never complained. You took to your hydrotherapy sessions like a trooper and they helped keep your legs working. I didn’t realise how much you had changed until we took a trip to see family and they commented on how thin you were. You found it hard to cope with that particular trip away, despite this being something you had once loved.

When we got home I took you to the vet who told me that you only had a few months left. I sobbed. What would I do without you?

I had always promised you that if you made it to 18, I would throw a party for you… and we did! Balloons, a special chicken dinner (cooked by mum of course), cards, and pawsecco. You – as always - adored all the attention and although you no longer took joy in opening wrapped gifts, you loved all the petting and the fuss.

You made it until the 26th of April. When I woke up that morning, I knew you couldn’t carry on so my parents and I rushed you to the vet. You were so very brave, right up until the very end, and I promised you that I wouldn’t leave you until you had gone to the rainbow bridge.

How do I cope without you?

Every day I still wake up and look for you - to let you let you out, make a fuss of you and give you your breakfast. Then I realise that you’re not there by my side anymore.

I find it hard to admit but my mental health is suffering for it. I miss you so much. I have been spending more time in bed, as sometimes I feel like I have less reason to get up and leave the house.

But what I do know is that if you were here, you wouldn’t be best pleased to see me moping around. You’d look at me as if you were telling me off and you’d try and make me feel better.