Working with Migraine: Knowing When it’s Time to Stop 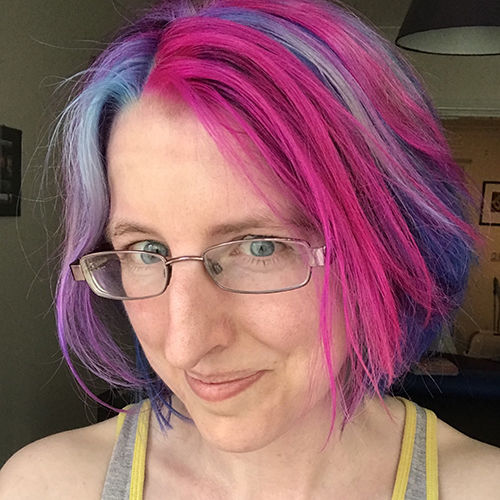 Working with a chronic illness is tough, really tough. Navigating this with an episodic, unpredictable one like migraine seems to make it even tougher. Strangely, work and migraine seems to be an aspect of the disease that we don't talk about much, possibly because migraine is so different from person to person, and possibly because jobs and job requirements are so wildly varied.

Everyone’s journey to manage their work and their migraine is their own. While I can’t speak to your experience, I would like to share my own.

Migraine didn't manifest for me until I was 29 years old. By that point, I had been building my career in software application support and development for a decade. Working as a woman in a STEM (Science, Technology, Engineering & Mathematics) career is already very challenging, and I was proud of the progress I had made. I took on various roles, got promotions, pay raises and bonuses, and I was highly regarded by my peers.

Sometimes I look back at my career as it was just before the migraine attacks started and I wonder what it would have become. How successful would I have been? How much would I have achieved? Looking back in that way doesn't help me now. Instead, I try to look back with pride and to remember myself before migraine with fondness instead of envy.

I can very clearly remember the first migraine I had. I think a part of why it is etched so vividly in my memory still, despite the hundreds or even thousands of migraines since, is because I had no idea what was happening to me. I thought I had a brain tumour or something like it, and that I was about to drop down dead. However instead of seeing my whole life flash before my eyes, it felt more like I was swimming through treacle.

I was at work at the time, but the last in the office so no-one was there to help me. I managed to text my partner to come and pick me up, and I think he only realised something was terribly wrong when the lovely cup of hot tea he had brought for me in a travel mug was summarily rejected, a behaviour wildly out of character for me!

That was my first migraine at work but far from the last one.

Within a few months, I was already experiencing six to nine migraine days a month. At the time I was working in my home city three days a week and having to travel to London to work there twice a week. At the time, I thought it was contributing to the migraines getting worse. Years down the road I know for certain it did.

I thought I was going to be interrogated, accused and condemned, and was very stressed about it. However, I soon realised they were much more impartial than I was expecting, and their main focus was to try and create the conditions to get the best out of employees.

They too believed the travelling and the consequent irregular sleep pattern was probably contributing negatively to my migraines, and recommended that I cease or reduce travel. My managers reluctantly agreed to twice a month instead of twice a week for a 12 week trial period. In that time my migraines improved a lot – in one of the months, I only had one migraine day!

Predictably though, the migraines got worse when the travel resumed. I moved cities and changed to a different role a few months later which we (both myself and my employers) were very much hoping would improve things.

Maybe it would have gotten better then, and things would have turned out much better than they did, but I got a completely unrelated problem with my right eye and it severely exacerbated my migraines. The few months that followed were a blur as I had migraine attacks most days before my GP eventually signed me off work for three weeks.

In the time I was signed off work, I only had three migraine days. This was the first time I truly realised what an impact work was having on my condition.

Life continued and work continued, but I was still experiencing eight to 15 migraine days a month and it was having a big impact on my attendance. Within two months of being back at work, I had my first disciplinary meeting.

I think disciplinary meetings are the worst part of chronic illness in the workplace.

The outcome of all the meetings was always that I was doing everything I could to best manage my migraines. After all, no one in the world wanted my condition to improve more than I did. Yet, it always carried the threat of dismissal, and that only made life more stressful which in turn lead to more migraines.

My new position involved moving from full-time employment to a 12 month contract, and I wasn't surprised when my contract wasn't renewed at the end of the period. I was effectively let go because of my migraines, but without the company having to go through the full dismissal procedure to carry it out.

I still don't know how I feel about that now. On one hand it feels like it was dishonest of them not to state that they weren't renewing my contract because of my migraine. On the other hand, I knew it was coming, so it felt more like being stabbed in the front than being stabbed in the back. We both knew it was happening but it still hurt when it did. When I left after serving them for seven years, I didn't even get a leaving card in the end. It was as though I was supposed to feel ashamed about it.

I think that was possibly the hardest part of it all.

Deciding to scale down

After six months of looking for work (during which my migraine days reduced to only one to four days a month) I got another job. It was a big step down in terms of responsibility and less than half the wage I had been on before, but it felt really good to be getting back on the horse again.

I had only been there for three weeks though, when I had to take my first sick day because of migraine. I had already had three attacks, but avoided taking leave. In hindsight, I should have seen a much stronger link between working and the frequency of my attacks than I did then, but I think I was in denial. I didn't want to admit defeat or feel like I was any less of an employee because of my migraines.

So the whole cycle started again. The migraine attacks were taking over again and my attendance was plummeting. After a year and a half there, in one of the disciplinary meetings, I asked if I could reduce my working hours in the hope it would improve things. This helped for a while, but it didn't last.

Eventually my whole life was reduced to trying to be well enough to go to work for the agreed upon three days each week. Everything else was consumed with making sure I was maximising my ability to be at work. Unfortunately of course, migraines aren't that easily managed and I was still missing a lot of days.

Two years after going part time, I was again signed off work for three weeks and immediately after that I had two weeks of annual leave. In those five weeks off work, I didn't have a single migraine attack and I had my first pain-free day in over a year.

That was the point when the penny finally dropped. I could no longer ignore the impact work was having on my migraine. Over the next few months, I came to terms with the fact that I needed to stop working if I wanted my life to be about anything but migraines and attempting to work. I asked for a one year sabbatical, but was turned down because it would have been too hard to replace me on a temporary basis, and so I resigned.

After my resignation the frequency of my attacks decreased. When I met with my headache specialist nurse about eight months after I had stopped working, we hugged and cried happy tears. I had broken down in a heap in her office so many times that it was amazing to be able to give her good news for a change.

It has now been a little over two years since I stopped working, and I know it was the right decision. I still struggle with migraine attacks, but these days I can give them the time and care they need instead of trying to push through and only making it worse.

Of course I still wrestle with the fact that I don't work. On bad days I feel like I am useless – a waste and a drain. Since a big part of managing my migraines involves resting, I have to battle with my mind telling me I am lazy. To combat this I contribute to our household in other ways instead. These days I now cook for us nearly every day which is a welcome change as during the worst of my migraine years we subsisted almost entirely on takeaway and fast food.

I loved my career and I hate not being able to work. I know I have so much to give. But I also know if I go down that road again it will just be pain and misery. I have to remind myself that not working isn't the same as failing. I have a responsibility to myself and my loved ones to look after myself and prioritise my health.

I admire anyone who manages to continue working with chronic migraine, but it isn't giving up if you're just not able to any more.

How to Talk to Your Partner About Migraine

What I Want My Loved Ones To Understand About Migraine

Toughing It Out with a Migraine