The Things We're Getting Wrong About Heart Disease 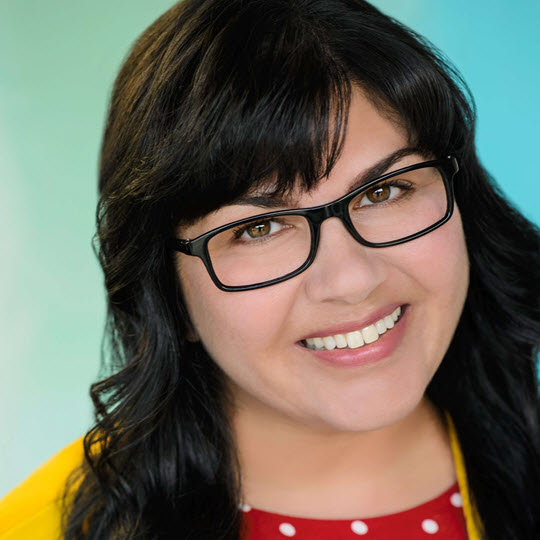 Are you a young person living with cardiovascular disease? How many times has someone been shocked by the fact that you have a heart issue at your age?

Many people can hardly believe that I survived a heart attack at the age of 38 years. I even faced skepticism while I was in the hospital having my heart attack!

As a result of my experience, I believe it’s important for us to fight against the perception that only people of a certain age get diagnosed with cardiovascular disease. This is a common misconception that is harmful to society and can have devastating consequences.

‘Too young’ to have a heart attack

I was in the intensive care unit after I experienced a massive heart attack in 2014. Nurses and doctors began filing into my room to tell me that I was the “talk of the hospital.” No one could believe that a 38-year-old female just had a heart attack!

I actually couldn’t, either. I thought heart attacks only happened to “old” people. Right?

A couple of months after my heart attack, my father took me to the hospital to sign up for cardiac rehabilitation. We were together in the waiting room when the nurse came out to talk to us. She went straight to my father and asked if he was the patient.

The nurse was super embarrassed for her assumption. Yes, my father and I share a last name, but she’d fallen into the ageism trap like so many others.

Cardiac rehab at first reinforced my perception that heart disease only happens to older people. After all, I was the youngest participant in my program!

I got a lot of attention and all of the other patients were curious about me. They wanted to understand why I was there. I was so much younger than they were!

This experience left me feeling a little confused. Did young people think they didn’t need to participate in cardiac rehab? Or was the social stigma correct after all?

Another young person eventually joined my cardiac rehab program. He needed a heart valve replacement for a congenital heart condition that doctors had been monitoring all his life.

It was good for the older patients to see that heart problems exist in the younger generation. Hopefully it was educational for them.

For me, it was reassuring to meet someone around my age with a heart condition. Another young man eventually joined who also needed a heart valve replacement. Now I had two young people to join me in changing perceptions around age and heart conditions!

Since then I’ve met so many other people of a similar age to me who’ve battled heart disease. I feel like I’m part of a little club now.

And you know what? None of us judge each other by our age because we know that heart disease doesn’t just affect older people.

Changing the perception of heart disease

These perceptions don’t just alienate you but they can be dangerous — especially when they occur in the medical profession.

Some friends told me that they visited the doctor for what they thought could be a heart-related ailment. They were told that they were “too young” to worry about a heart condition, and the doctor dismissed their symptoms without really verifying that there wasn’t a problem.

This makes me angry, because it happened to me.

I had bilateral leg edema (swelling in both my ankles) in the year leading up to my heart attack. Leg swelling is a classic symptom of heart disease.

I visited a cardiologist, my primary care physician, and even a rheumatologist to determine the cause. They ran tests on my heart, but ultimately told me that I had arthritis because they couldn't find anything else wrong with me.

I told them about my family history of heart disease, as well as the fact I had already been diagnosed with high cholesterol and high blood pressure — which are all risk factors for heart disease.

I also informed them that I had shortness of breath when I climbed the stairs and had resorted to taking elevators everywhere I went. This is yet another symptom of heart disease.

Doctors still reassured me that I was “too young” to worry and that my condition was definitely not linked to my heart. I was never put on medication, and I trusted them. They led me to think that I was OK and that there was nothing to be concerned about.

Within a year, I had a heart attack and I haven’t had any more instances of bilateral leg edema since.

The truth about heart disease

People who have symptoms of a legitimate heart problem should not be dismissed because they’re “too young.” This perception can be harmful to patients as they might end up missing out on care that could help protect their hearts and bodies or reduce their risk for heart disease.

I sometimes wonder whether my heart attack could have been prevented if I had been taken seriously and put on the relevant treatment plan. Twenty percent of my heart was damaged.

It’s been five years since my heart attack. I’m no longer in rehab, but I still have cardiovascular disease and I will be taking medication for my heart for the rest of my life.

Since the heart attack, I’ve developed type 2 diabetes. I get regular checkups with the cardiologist who saved my life, but I now have a stent in my heart. I do worry about that getting blocked up and I worry that I may have to get another one years down the road.

Every “body” is different. I had a heart attack at 38 years young. We need to stop believing in this social stigma and take heart disease symptoms seriously, no matter a person’s age.

Please help to make your loved ones aware that heart disease happens to young people, too. I’m living proof.

For more information on how to manage heart disease, reach out to your doctor or healthcare team.