Prostate Cancer Changed My Life — for the Better 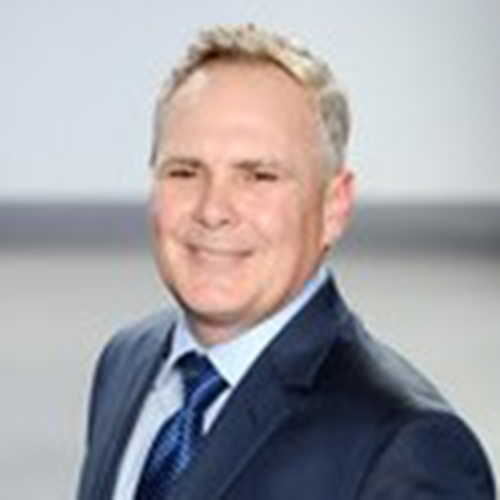 The year 2006 was the best of times and the worst of times. I was head over heels in love and putting the pieces of a shattered life back together.

Then I was diagnosed with stage 4 prostate cancer. However, it changed my life for the better.

As I sip my morning coffee nearly 14 years after my cancer diagnosis, I reflect on the man who was and how I became the man who is.

At the age of 42, I was a twice-divorced, bitter, self-absorbed workaholic. I took vacations only when forced. I found no joy in life, and I was incredibly cynical and sarcastic.

I’d struggled for the 3 years prior with drug addiction and self-destructive behavior. The root cause was loneliness. Addiction numbed the pain, yet it always returned.

I wanted to die. Life was a bitter disappointment, and suicide seemed like a viable option. I attempted and, fortunately, failed.

I resolved to leave it all behind me and put my life back together in August 2005.

But the following winter was hard on me. I hadn’t been feeling very well and was tired. All I could do was finish my shift at work and go home. I rarely ate dinner and opted to go to bed early, but I didn’t have much of an appetite anyway.

I rationalized my symptoms and somehow managed to explain them away in my head.

One morning in late May 2006, my world came crashing down. My urine stream was crimson red. I really was sick. Sicker than I could ever imagine.

On June 6, my primary care provider ordered a chest X-ray after a lengthy discussion involving a recent emergency room visit for pneumonia. We stared at the film of my tumor-saturated lungs an hour later, fearing the worst. My practitioner ordered blood tests.

I received the news that would change every aspect of my life the next day. My doctor called with the test results: late-stage prostate cancer.

Further imaging confirmed the cancer had metastasized to my bones, lungs, and lymph system. My doctor gave me a prognosis of living for 1 year at most.

A change in perspective

The diagnosis was a slap in the face. I felt so ripped off. It just wasn’t fair.

Two weeks after my diagnosis, I stood atop a bridge some 50 feet tall. The waters below the bridge were deep and calm.

For decades, it was a popular swimming hole, but I was always afraid to jump. That day I realized I no longer had anything to fear. The worst that could possibly happen had happened. I jumped.

A transformation occurred as the waters rushed up to greet me. Something changed. I emerged from the water a changed man.

I was determined that cancer would not have power over me from that day forward. I’d no longer live in fear. Cancer had become a turning point in my life.

My oncologist said that my treatment options for stage 4 prostate cancer were limited. Surgery and radiation were not available to me, and I was told that anything we did would be palliative. My only option was androgen deprivation. It worked wonderfully.

On the 1-year anniversary of my diagnosis, my oncologist pulled back my shirt collar and proclaimed that he did not see an expiration date. The cancer became hormone-resistant in the fall of 2011. I received immunotherapy in May 2012 and changed medications once. My prostate-specific androgen remains undetectable today.

I’ve now lived with the disease for well over a decade. I married the love of my life a year after my diagnosis, and I promised her 30 years together on our wedding day. Failure is not an option. I intend to dance at my grandchildren’s weddings.

Cancer is a scary thing, but it can also be a gift.

Realizing that I might lose my life gave me an appreciation for every moment. I am a better husband, a better father, and a better man. I am so blessed.

How I changed my mindset

My journey hasn’t been easy. At first, it was intimidating lying under the big machines. I was afraid at times. I often wondered what it would feel like to die.

What was truly ironic was that I thought I wanted to die just a year before my diagnosis. Facing my mortality showed me how much I wanted to live.

I had to be strong because everyone else in my life was falling apart. I was determined not to allow this disease to beat me. I worked through the treatment side effects until my body adjusted to a new normal.

I started to see life as the wonderful gift that it is. I gained a new respect for all forms of life. Even spiders!

Here are my tips that helped me to change my mindset and make it through cancer treatments:

Life really is measured by the moments, so I decided to stop letting them pass by.

None of us are promised tomorrow. I count my entire life before cancer as wasted time.

Choke the life out of every single day. I try to hold fast to my faith and hope for tomorrow.

Write about your journey

When I was several years into my journey, I began writing a blog to give hope to others. It became much more when I realized that I really was helping men who were following in my footsteps. I’m contacted to this day by guys who have read my work and were somehow inspired to beat this disease.

I later realized writing was also therapy for me.

You don’t have to share your journey with the world on a blog. You might find that writing your thoughts in a private journal is helpful for you. Some people feel comfortable writing about things they can’t talk about. Writing may help you to express and process your emotions and journey.

Nobody should have to walk this journey alone. But sometimes the people who are closest to us are struggling with emotions of their own and simply can’t be there for you like you need them to be.

I reached out to others in similar situations via many online patient-to-patient cancer forums. They’re a good source for information and moral support.

My story eventually became a source of hope for others. I began working as a patient advocate.

Live life to the fullest

That might mean writing a bucket list and scratching things off one at a time. For me, it means trying to live in the moment. I aim to do the things I always wanted to do.

We know that one day we’ll all die. I don’t want to be the guy lying in a hospice bed with a heart full of regret. Love deeper! Speak kindly! Be the best you can be.

Work is no longer the meaning to my life. I’ve figured out how to put aside my job to do the things that I now realize matter the most to me.

My wife and I bought a ski boat and spend as much time on it as the summers in Southwest Washington allow. We take tropical vacations as often as our savings allow. Mostly, we spend time together and with the people we love. I don’t wish cancer on anyone. But as Tim McGraw sings, “Someday I hope you get the chance to live like you were dying.”

For more information on how to manage a cancer diagnosis, reach out to your doctor or healthcare team.