My MS Diagnosis – And Journey So Far 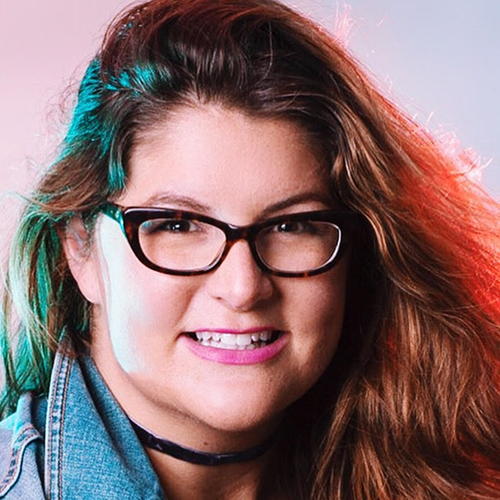 “We must accept finite disappointment, but never lose infinite hope”

My life had always been a bit adventurous. I grew up on both coasts and am the oldest of six kids. When asked what I wanted to be when I grew up, my response would usually be an enthusiastic “the first woman President of the United States!” My dreams were big and my determination strong.

I was an ambitious young woman. I started taking university-level classes in high school, put in hours at various internships, graduated university with a degree in Legal Studies (a year early), and later worked full-time as an admissions counselor at the school while completing my MBA in the evenings. I found my “boss babe” career moment in the world of technology, working within business development in my favorite place: Washington, D.C.

I was young, but I was killing it — all of my dreams and hard work were paying off, and I could envision the long, successful life in front of me.

Then, my life changed overnight. Literally. When I went to bed, I felt fine. When I woke up, I couldn’t feel my legs and could barely move. March 21, 2012: a day I’ll never forget.

It was a Wednesday morning and I ran our business development meeting early on that day each week. So, as concerning as it was to have this happening to my legs, I pushed it aside as I pulled on my blazer and eventually made it to the office.

I kept telling myself it was a virus, that this could easily be fixed. “Ok Eliz,” I told myself. “This isn’t cute, but let’s go to the emergency department, get some meds, and you’ll be back again tomorrow.” I called my boss, had my assistant re-arrange my schedule, and left for the day.

I never went back to work.

Somehow, I managed to stumble into the closest ER. By then, the numb feeling I was experiencing had climbed to my belly button. A nurse came in to my exam room and told me I was being admitted to the hospital.

I was taken for an MRI of the brain, cervical spine, and thoracic spine. About an hour into the MRI, the administrator brought me out and kindly asked me to stop moving my legs. As they rolled me back in to the claustrophobic chamber, a few tears started to fall down my face: I had no idea my legs were even moving.

That night a little after 10 p.m., the neurologist called me from home. “Eliz, we have read your MRI and based off the findings we are confident in diagnosing you with multiple sclerosis.”

Multiple sclerosis — I knew about that. A friend from high school’s mom had it; I think I knew someone’s aunt who had it, too. It wasn’t scary — MS was something you could live with. I spent an hour or two Googling what I could find and I went to bed reassured. “I’ve got this,” I thought.

I spent the next week in that hospital receiving treatment before my doctors suggested that I go back to Pittsburgh, Pennsylvania — where my parents live — to recover. I left with a walker, a wheelchair, and a little less dignity then I had started with.

My parents packed me an overnight bag and I left behind my apartment, my things, my job, my favorite city, my friends — all while promising I’d be back in a few weeks.

Because that’s what was supposed to happen. I was supposed to go into a remission and get back to 90 to 95 percent baseline and continue living my boss babe life. But in my case, it didn’t quite work out that way.

A few weeks later I woke up at my parents’ house feeling strong. I went for coffee, to the spa, to dinner and a movie with my brother and my mom. It was the first time I felt like maybe I could actually return to the life I had worked so hard to build.

At the same time, for the second time in a few weeks, I woke up to my worst nightmare: I couldn’t walk, use my arms, or speak without a lot of difficulty (dysarthria). I was directly admitted to the hospital and would go on to spend the majority of that summer in the hospital for inpatient rehabilitation, relearning how to walk with assistive devices, relearning how to do simple tasks with occupational therapy, and learning how to talk with the dysarthria with speech therapy.

It was then that my new reality started to sink it: My journey with MS wasn’t going to be a walk in the park. I watched as my career went from boss babe to disability. I witnessed as all my belongings were put in storage and my apartment lease released. My clothes, my shoes, even the vintage sportscar: all gone. Not only was I losing my health, but I was losing all the things I had worked so hard for. And I had no control over it.

But you know what I did have control over? How I reacted to it all. I realized that I could either allow this to make me a victim or motivate me to become a warrior. I decided to fight for the good life. Maybe my life didn’t look as cute as it did before, but that didn’t mean it still couldn’t be amazing.

My MS diagnosis was nothing short of how I’ve always lived my life: fast, efficient, and over the top. As terrifying as it all was back in 2012, my journey has continued to have many more crazy moments since then — and yet I’ve found such strength and positivity and hope in the journey. I’ve embraced this as I (safely, and with the help of my care team, of course) push my body to the limits daily. I’ve tattooed “hope” on my arm to remind me that even though my body doesn’t work as well as I’d like, it’s still there.

I’m often asked how I’m able to stay so positive despite it all. For me, a lot of it is just mental conditioning — I work hard to train myself to focus on the positive aspects instead of getting stuck on the hard parts. But a piece of it is, just, why not? Why should I allow MS to make me live a miserable existence, when instead I could live fully and greatly — even if I do have to make adaptations and lifestyle changes.

This is my life: to live greatly despite the limitations. All the pain, all the scars, all the loss: It’s brought me here. And here is pretty dang good.