Life Before and After MS: I Am Still the Same Me 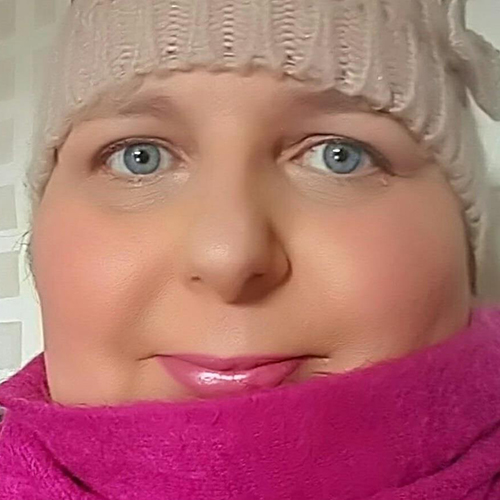 I was around thirteen years old when I became aware of Ireland. The shocking news reports from Northern Ireland contrasted with the picture books of stunning images of the Irish landscape – never before had I seen such disparity.

I was hooked. I knew then that one day Ireland would become my home.

When I eventually moved there, life was like a dream. For two years, I spent most weekends and holidays travelling around the island of Ireland, seeing what I had seen in books and on TV with my own eyes.

I went to rugby matches, took up the odd behaviour of hugging telephone poles I mistook for trees and chased imaginary sheep and cattle in the middle of nowhere. I spent my life with my nose in books and was now following literary trails in the footsteps of James Joyce and William Butler Yeats.

I was living my bucket list every single day.

Just then, MS showed up.

It did not come as silently as it comes to others. It crashed into me like a lightning bolt in a storm.

It brought with it trigeminal neuralgia, which would make me yelp mid-sentence due to the stabbing pain it caused in my left ear, eye and surrounding areas.

That was just the beginning. New symptoms – just as sticky and unwilling to leave – kept coming.

Now, my life was split into new categories: “Before MS” and “With MS”. It felt as if I had jinxed myself somehow by emigrating and living my best life.

Gone was the happy-go-lucky girl who never said no to adventure and experience whenever, wherever.

Gone were the cinema weekends of binge-watching three films a day.

Gone was the Incident Lifecycle Coordinator who could juggle many jobs at once.

Slowly, I saw myself change into someone who wasn’t me.

It took me a decade of dreaming before I moved to Ireland. I was held back by my fear that something bad might happen. Had I taken on too much by working, travelling and studying at the same time? Had Ireland turned against me?

I found myself in an existential crisis.

I started falling asleep in the cinema. I cancelled summer trips because it was too warm. I couldn’t eat or write without feeling tremors in my hands.

Finally I noticed that friends began organising activities without me.

The changes were visible

In the year following my diagnosis, I would often frantically run to the mirror to inspect my face. My consultant told me while I was in hospital that I had markedly visible facial changes and that, together with my MRI results, indicated a high probability of MS.

I had reached my lowest point. I yelled, cursed, and felt like dying for a second, hoping to feel normal again when I was brought back to life.

I had already been through the wars: two surgeries in nine months. I wanted my old body back. I felt tainted, and just not good enough anymore. Everything in my life had changed.

Looking in the mirror, I wondered when – or if – the old me would ever return.

I am a perfectionist and always carry a certain amount of fear of rejection. MS tripled that fear whenever I had to tell people my newly gained tagline: “Handle with care, just diagnosed with MS”.

Not only did I fear rejection from others; I feared rejection by myself. If I ever wanted to live life to the fullest again, I would have to begin with nurturing and being kind to myself. Each day, I had to refill myself with affirmations, telling myself: “I am still me, the core of who and what I am is still the same”.

Getting on with life

My dream took me to Ireland, and fourteen years post-diagnosis, I am still here. Life has changed. The last time I was able to go hill walking or rock climbing was before my diagnosis. I had to stop binge-watching films the year after. I exchanged those activities with catching up with friends over coffee or writing and studying whenever my symptoms allow.

Through the process I have learned it is OK not to be OK and that I would be OK, no matter what.

Like one of my favourite André Camus quote says: “In the depth of winter, I finally learned that within me lay an invincible summer”.