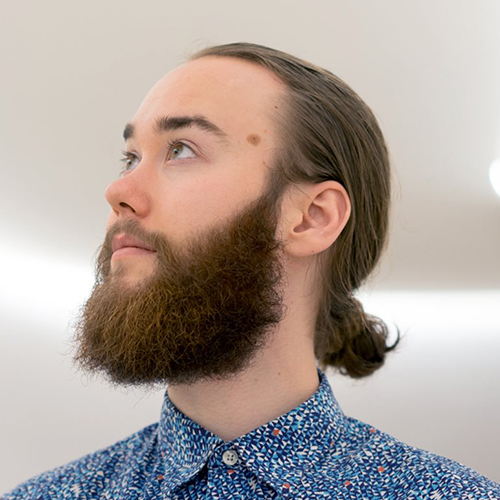 People tend to spend a lot of time in front of a screen. Whether it’s at a theater or at home binge watching Netflix shows, a good chunk of our time can include watching TV and movies.

It can be all too easy to sit, relax, and enjoy a story without stepping back to really think about what’s going on. It’s so important for us to be aware and critical of what we’re watching.

What is the show or movie trying to say? Is it a realistic or acceptable depiction of life? Does it have fair representation? How would someone living with depression feel about watching it?

I do believe we’re starting to see an important shift. Mental illness depictions based on stigma and stereotypes as a result of lazy writing are becoming less and less common. As more people start to open up, advocate, and voice their criticisms of harmful entertainment, we’re beginning to see more raw, honest, and thoughtful characters on screen.

But there’s still more work to do.

In my opinion, here’s a list of the good and the bad when it comes to movies and TV shows that portray depression.

Immediately after this show was released, there was a lot of conversation and criticism surrounding it. To me, the biggest problem from the series is how it romanticizes suicide.

In the show, suicide is displayed as a way to seek and gain revenge against someone who has done you wrong. This portrayal paints an unrealistic vision of the consequences and aftermath of someone taking their own life.

The show goes against guidelines included in the Recommendations for Reporting on Suicide developed by suicide prevention experts and journalists. Two things the show neglected to include were not providing hope (of how the main character did or could’ve reached out for help), and graphically displaying the suicide itself.

But life — and struggling with depression and other mental health issues — is much more complicated than that. Often times, treating depression takes years of trying out different medications and therapies.

We need fictional stories to depict that reality. Doing so will make it easier to accept our struggles with mental health and take the necessary steps to cope and recover.

There’s been a ton of buzz around “BoJack,” and for good reason. This show accurately depicts the raw and honest inner thoughts and monologue that many of us face when dealing with depression.

While it may be “the saddest comedy,” I think that’s why it’s so powerful. Many shows tend to throw depression into the mix whenever it seems fit, but this show just centers on living life with it. Depression isn’t used in the real world when it’s convenient for your life, so why should it be for the plot?

I was pleasantly surprised with the character Elliot in “Mr. Robot.” There were many scenes in that show that had played out in my own life before. Because of this, I felt connected with this character and got a sense that I was not alone in my struggles. The show feels very real and raw, which is similar to “BoJack.” But the quality acting makes it easier to feel connected with Elliot rather than a cartoon horse.

In addition to the above, “Mr. Robot” brings more diversity to depictions of mental health, which is still a work in progress in many ways.

I wanted to provide a special mention to this incredible animated movie for helping to so eloquently portray the different emotions and their role in our emotional health and intelligence. This is something that is vital for young people to see and learn.

While not explicitly about depression, I can’t help but see the deep connection of this story and how unexpressed emotions are hurting youth (especially young men).

Depictions of mental health issues aren’t just the responsibility of the writers, movie studios, and critics. I’ve made the mistake many times of just mindlessly watching a show or movie, only to find out later of the subtle (and sometimes obvious) ways that the people behind the scenes dropped the ball on properly representing mental health issues.

There are two things you can do. When mental health issues are misrepresented in TV and movies, help to shed light on this by adding to the conversation surrounding it. When done right, share it and celebrate!

The more that our time, attention, and money goes toward the stories that get it right, the easier and better it will be for all of us to understand, cope with, and support others struggling with mental health issues like depression.

How to Help a Loved One When Depression Becomes a Crisis

6 Ways to Support Your Depressed Partner

Coping with Depression: 7 Tips for Those Days When You Just Can’t Win